What's the Difference Between Cartridge Heaters and Tubular Heaters? 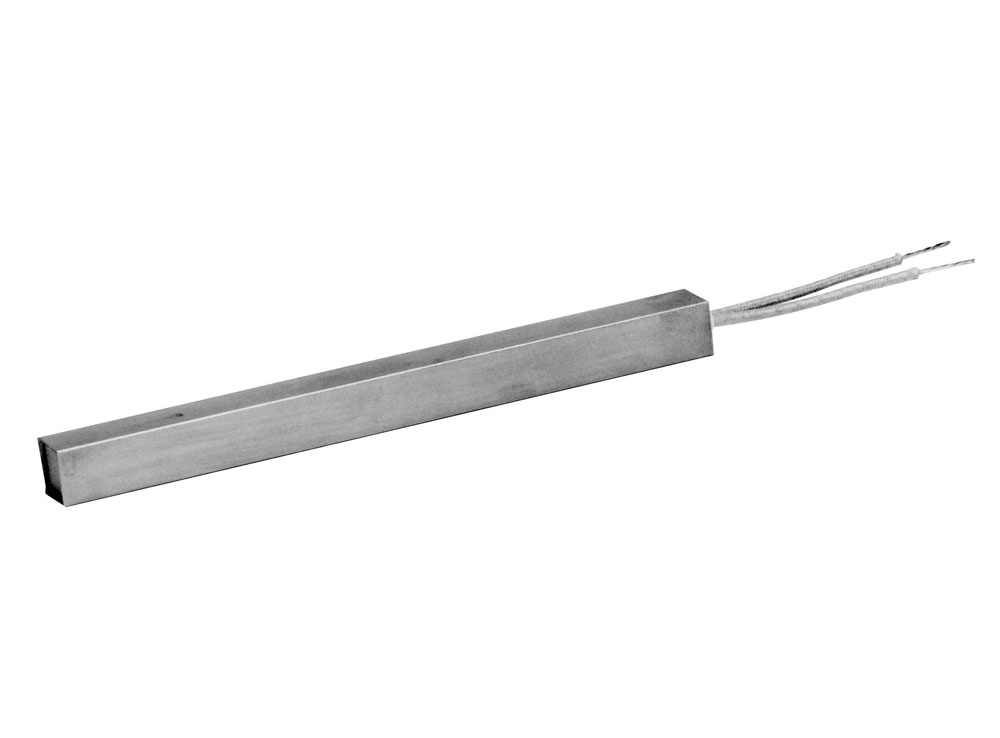 Though they may sometimes have a similar appearance, cartridge heaters and tubular heaters each serve dramatically different applications.

A cartridge heater is an industrial heating element. It consists of an outer metal enclosure called a sheath containing resistive wiring separated from the sheath by electrical insulation. Most cartridge heaters are straight cylindrical tubes and have diameters designed to slide into holes drilled with common English or metric drill sizes. (Some manufacturers advise reaming holes after drilling for high-watt density heaters.)

Cartridge heaters are sometimes confused with tubular heaters. Cartridge heaters are generally cylindrical or rectangular with no bends or other geometrical shaping or curves. They are basically designed to insert in drilled blind holes. Tubular heaters, on the other hand, may be formed into complex geometries with a variety of lengths, diameters, terminations, and sheath materials. Whereas cartridge heaters typically slide into drilled holes, tubular heaters may be welded to metal surfaces or cast into metals. They often are inserted into ovens, chambers, and vessels.

The typical connection on a tubular heater is a threaded stud terminal with either a ceramic or mica insulator.

Tubular heaters are used for immersion and air heating. They often get clamped to objects such as vessels and tanks, fitted into milled groove platens, immersed directly into a liquid, or even are mounted in ducts for heating air and gas. They may also be available in single and double-ended versions.

The internal make-up of tubular heaters resembles that of cartridge heaters. They generally contain a helical Nichrome resistive wire that serves as a heating element. It is welded on each end to terminal pins. The heating element is centered in the sheath which is filled with MgO. The MgO is compacted to stabilize the coil and promote heat transfer to the sheath.

Sheaths: Both cartridge heaters and tubular heaters may use Incoloy nickel-based alloys and stainless steels in their sheath materials. In addition, tubular heater sheaths may often be copper, when used in water heating, or low-carbon steel, when used for heating tar, asphalt, or similar materials.

Fins can be added to tubular heaters as a means of obtaining rapid heat transfer for natural convention or forced air space heating. Fins are attached to standard tubular heaters using a special finning machine.

Mounting: Cartridge heaters typically slide into open holes, rather than blind holes, drilled to accept them. Installations generally stay away from blind holes because the extraction of the heater from a blind hole can be problematic in the presence corrosion or debris.

Tubular heaters may be brazed, soldered, or welded onto surfaces they heat. But the most widely used mounting approach is with a mounting collar or bracket, particularly for containers that are not pressurized and which aren’t sealed to hold liquid. The usual way of attaching the heater to the bracket is with staking or crimping. Bulkhead fittings are used to mount heaters through tank walls. The connection method to the heater depends on such factors as the amount of pressure or vacuum present and the qualities of gas or liquid being heated.

Moisture seals: Neither cartridge heaters nor tubular heaters are 100% sealed against moisture.  That is a point to remember in that both use MgO insulating material, which is hygroscopic. In many cases, both kinds of heaters will dry themselves out when turned on. In superhumid environments, more exotic sealing materials such as silicones, RTV, or epoxies can be employed to minimize the risk of moisture-induced short circuits.

Sheath forming: The sheaths used for cartridge heaters typically are cold swaged where the cylindrical form is put through a confining die to reduce its diameter using a method analogous to that of drawing wire. The process may also be referred to as "tube swaging." Tubular heater sheaths typically go through a roll-reducing mill and then get annealed to relieve the work hardening that rises during the rolling and size reduction. They can then be bent either in the factory or in the field while undertaking precautionary measures to prevent the sheath from breaking or developing stress cracking marks. Heating elements with tight bends may need to go through special dies used to ensure the MgO insulation material maintains its dielectric strength.